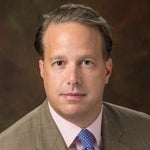 Formerly a partner in a New York maritime law firm, John K. Fulweiler graduated from the University of Rhode Island with a Marine Affairs degree and the University of Arkansas at Little Rock School of Law. In addition to being recognized by the Maritime Law Association as a Proctor-In-Admiralty (click HERE to learn more), he is a licensed merchant mariner and served as a staff captain with a New England towing and salvage firm prior to law school.

Thank you for contacting us. We will get back to you shortly.

Please complete all required fields below.

Talk To Us Today

We offer a Free Consultation and we'll gladly discuss your case with you at your convenience. Contact us today to schedule an appointment.